Villa Retreats are a specialist luxury holiday company providing tailor-made luxury holiday packages. Hand-selected and personally inspected, the holiday villas available are in some of the world’s most exclusive and stunning locations.

Five-star holiday villas, set in exquisite locations, is just part of what makes Villa Retreats standout from other high-class holiday offerings. This really is a premium holiday service, with options for a full concierge service including private chauffeur, nanny services, speciality cooks and shopping services as available add-ons.
Following a steady decline in site SEO visibility and subsequent organic lead enquiries between July 2018 and Dec 2018, PushON were contracted to stop the retreat of organic enquiries. 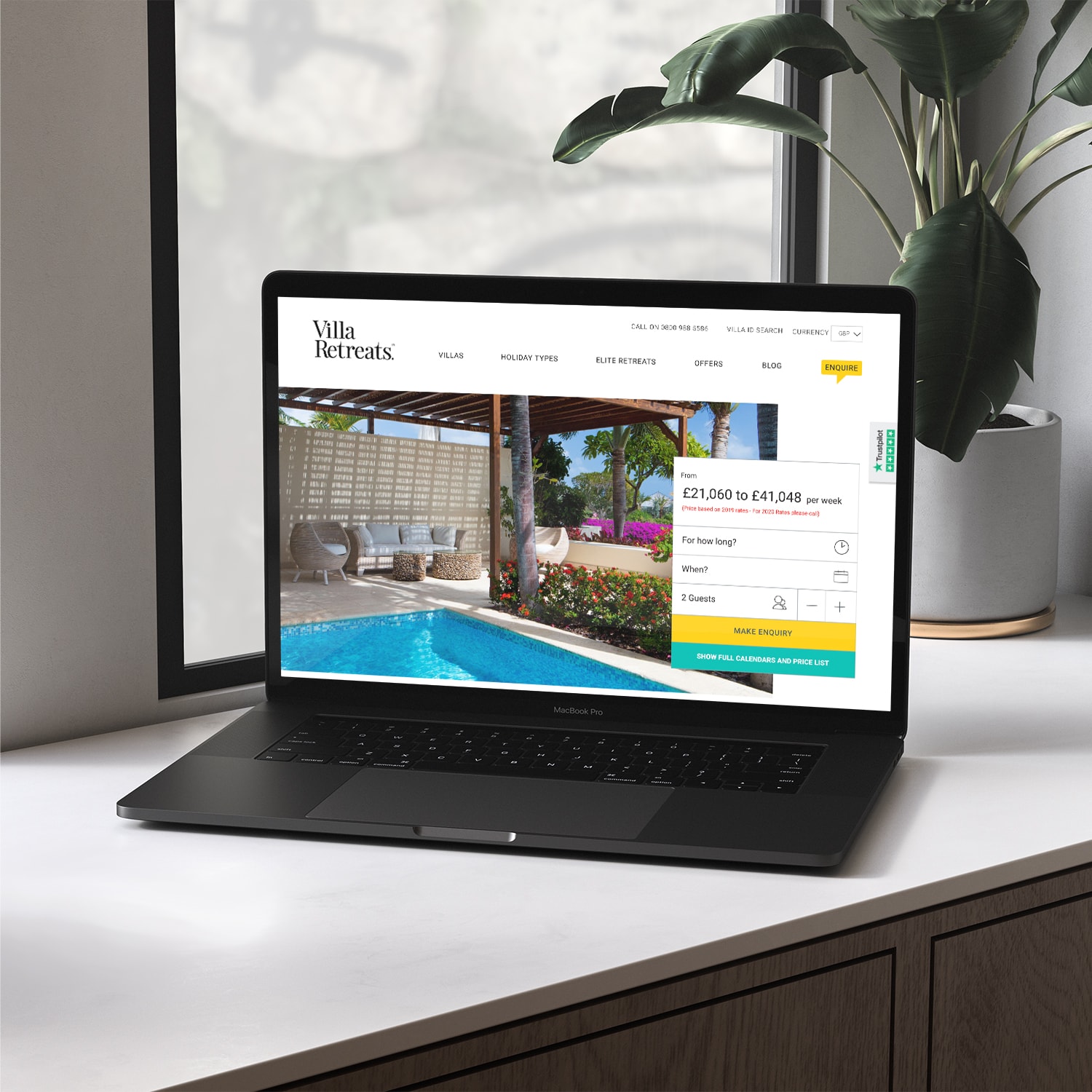 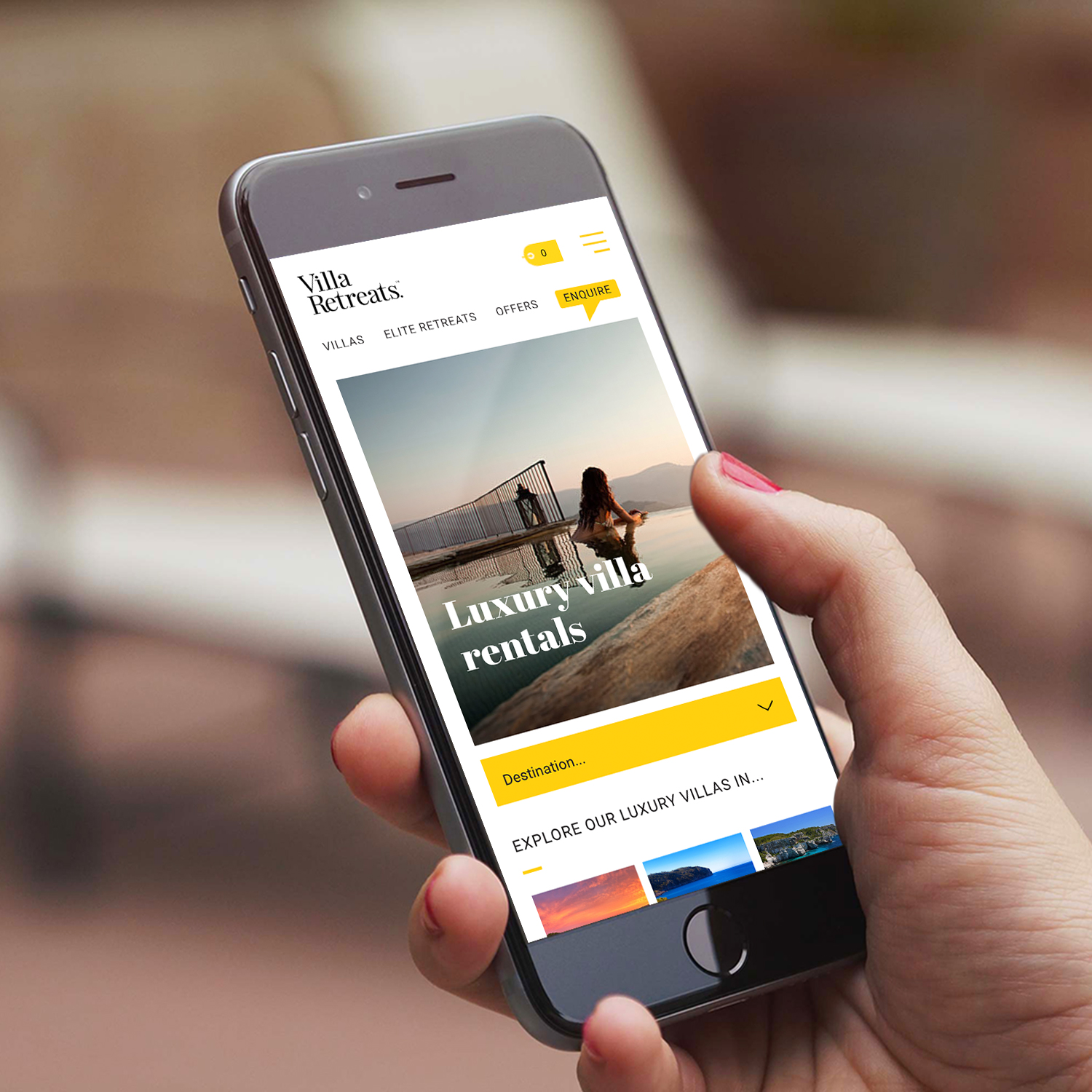 Key to any future SEO success is measurement and understanding of where you are starting from (benchmarking). A full technical SEO audit of the site was completed which identified several issues to deal with first. Issues identified included pages without a valid canonical tag, duplicate page titles, broken links (404 errors), missing 301 redirects and missing H1 tags, along with a whole host of additional issues that were logged and prioritised to deal with.
It’s not unusual for there to be plenty of issues identified from a technical SEO audit, it’s symptomatic of a large site where SEO checks and remedial actions aren’t carried out with regularity. It’s not exciting stuff and clients can, unfortunately, be frustrated by the time it takes to do well, but it’s the basics that set a solid foundation for success for the more exciting marketing activities later down the road.

Following a backlink analysis exercise, some 182 links from poor quality sites were identified and a disavow file submitted to remove their detrimental impact.

As the clean-up continued, we methodically progressed through prioritised actions from the technical SEO audit and moved our focus to content.

After carrying out extensive keyword research where opportunities were identified for short, medium and long-term content success, a content analysis exercise was completed to identify optimisation opportunities with existing site content.

As the team began improving existing content through a mix of keyword optimisation and content expansion, a content gap analysis was also carried out to identify new opportunities.
Co-ordinating our work alongside the Villa Retreats incumbent digital PR company, a steady volume of good quality links have been built to increase the visibility of the site overall. 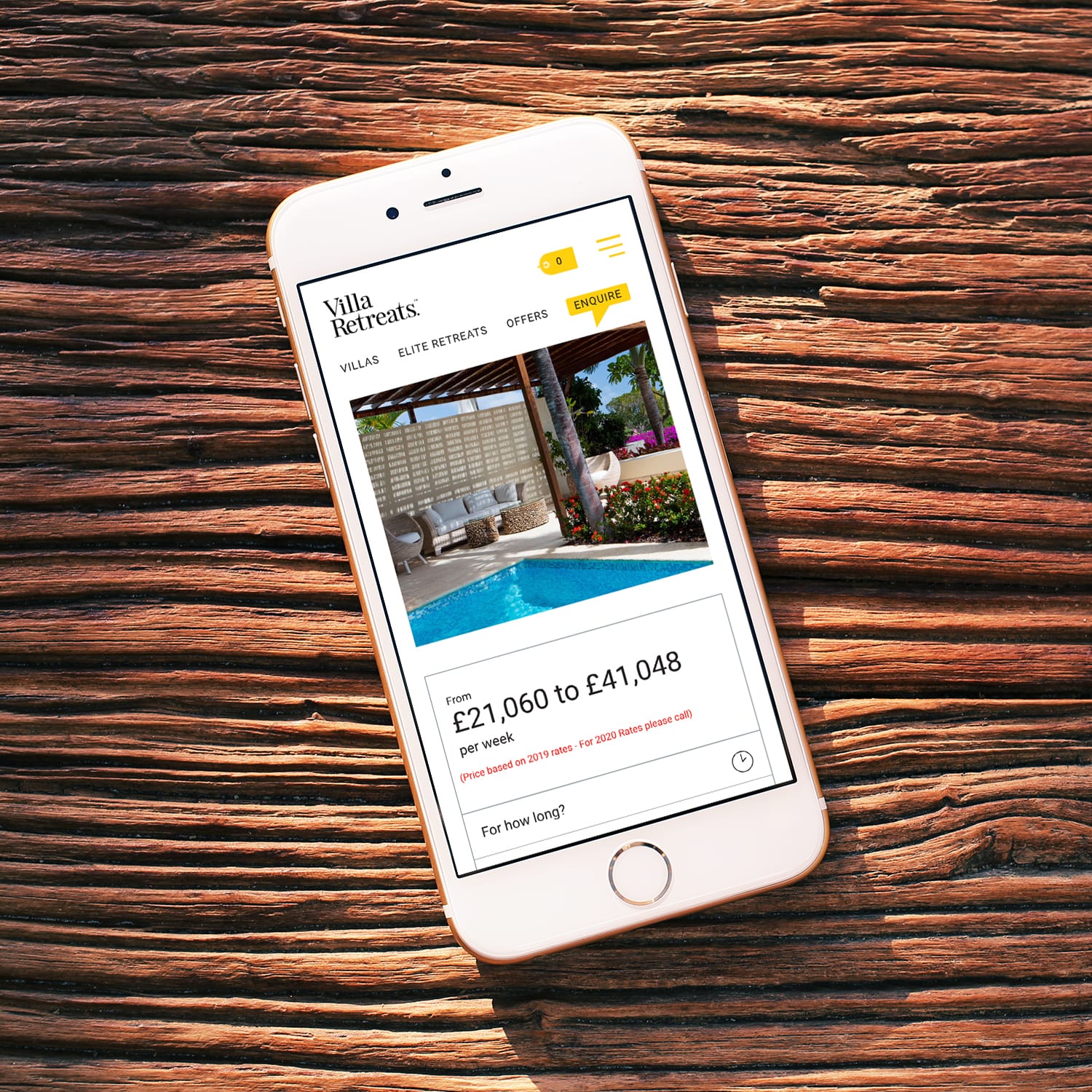 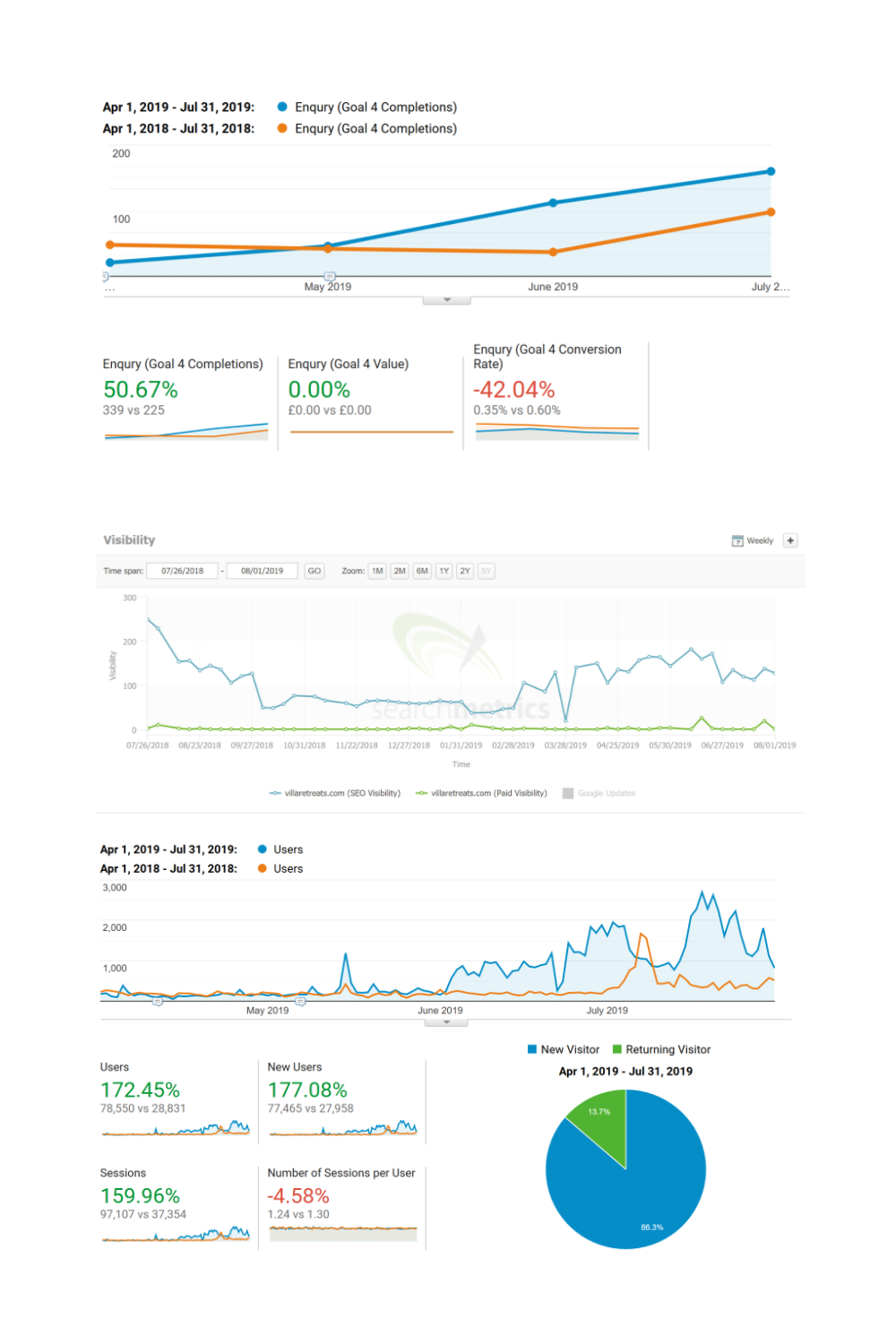 Year on year results show the work completed to date has meant a significant improvement after the initial 6 months.
Following the steady decline in visibility of the site between July 2018 and January 2019, (PushON were contracted to begin work in January 2019), a notable upturn is now visible.

Improving the visibility of a site is pure vanity if there’s not some tangible benefit for the business. Improved visibility and increased traffic do not necessarily result in increased enquiries and subsequent sales.
Our fundamental goal with Villa Retreats is to increase the volume of enquiries, which in turn should result in improved sales.

Following the initial period of research, auditing and technical SEO remedial actions (12 days work over a period of 3 months Jan - March 2019), the visitor count to the site has increased significantly.
Year on year for the period April – August, visitor numbers are 172% up from 28,831 in 2018 to 78,550 in 2019. A very healthy number of those, 86%, being new visitors to the site.

Increased visitor numbers have resulted in an increased volume of completed enquiries, 50%+ as a year on year comparison. This illustrates that the work to date has not only increased visitor numbers, but the quality and relevance of the visitors are aligned with the site offers.
With Villas ranging from £7,000.00 per week to £35,000.00 per week and up, the value of an enquiry to Villa Retreats is high. Organic campaign costs to date are circa £14,000.00 offering a considerable return on investment. 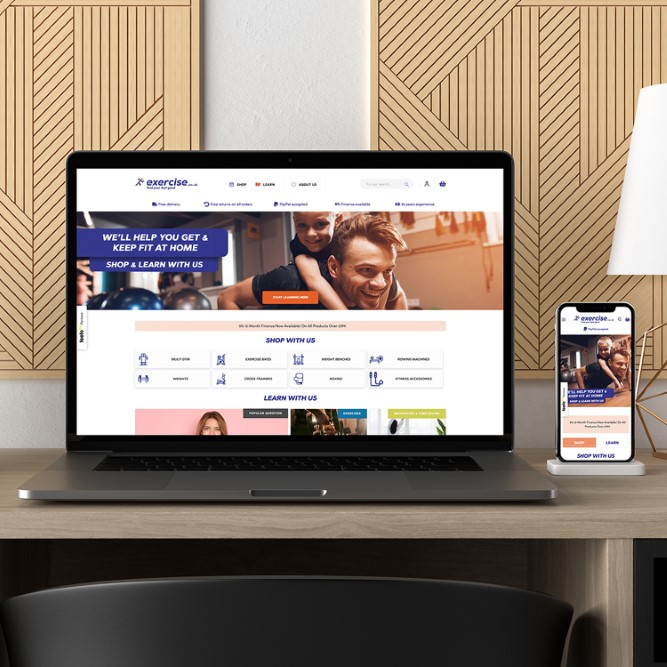 PushON worked closely with PureTec to develop a full eCommerce destination complete with Magento, Content Marketing and SEO services. Exercise.co.uk is a fully responsive domain that looks incredible and is fully functional on all devices. 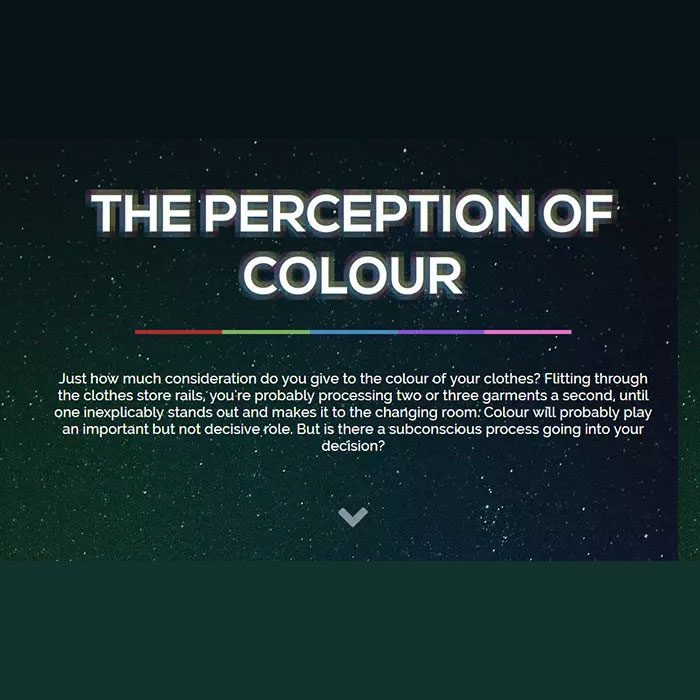 PushON's campaign gained more than 150 inbound links, many of which were from high-quality sources. BTSO enjoyed a substantial rise in visibility in the immediate weeks afterwards.